ComedyCV: new acts on the UK comedy circuit that we rate – December 2017

It has always been the ethos of ComedyCv that we are here to help comedians get noticed; especially new acts on circuit. So on that basis we are going to feature a number of acts who are new to the UK comedy circuit, but whom we rate. You'll most likely see them doing 10 minute open spots at comedy clubs up and down the UK. We feel these are ones that are head-and-shoulders above the rest of the new crop. 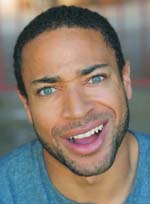 ERIC PATRIC
Travelled, weathered, and cultured, Eric Patric’s comedy is as varied as his life experiences. A former resident of 6 different countries, Eric has finally settled in London, one of the few cities in the world that can keep up with his energy. He has traveled the world, learning languages, 4 but who’s counting, and performing stand-up to crowds around the globe. From Johannesburg to Bucharest, Eric’s award winning, high energy doesn’t seem to have borders. With a range from edgy to silly, provocative to obscure, his shows are all-around fun. All around the world. 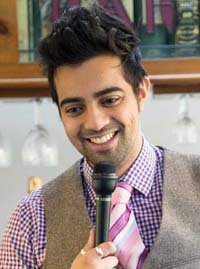 RAHUL KOHLI
Rahul Kohli tells true stories from his drunken adventures. From the wacky to the hilarious to the downright unbelievable, hear about how he was pissed on by a tiger, nearly killed by a fire breathing dragon, and how he accidentally joined a Romani Gypsy drug smuggling ring. Pick of the Fringe 2016 (BBC Radio 4, HuffingtonPost.co.uk, Skinny). 'Dripping with erudite genius' (Fest). 'A clear talent for telling a story' (Bruce Dessau, BeyondTheJoke.co.uk). NATYS 2017 winner. 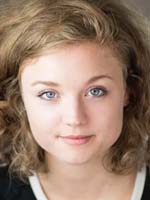 BELLA HUMPHRIES
Bella is a trained actress but now brings her comedy skills to bear as a very promising newcomer to the scene. She is confident yet charming on stage and her theories on everything from Instagram to fitness bloggers always gets the audience laughing. She is petit yet powerful and looks to have a bright career in stand up ahead of her. She already appeared at the Backyard comedy club in London and at Mirth Control venues nationwide. Certainly highly recommended. 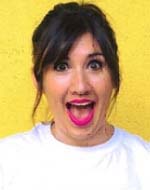 NATALIE ALLISON
Natalie is a Scottish stand up comedian, MC and producer living in London. She currently has a number of exciting projects in development and is working towards her debut hour of comedy. She combines stories of her childhood years in Scotland with hilarious one liners and some political satire thrown in for good measure too and is rapidly building a reputation as a stand up to look out for on any UK bill.